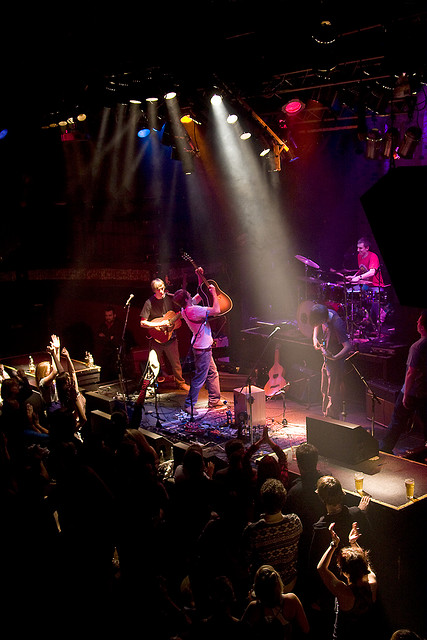 So here we are in the beautiful interior of BC. The sun is shining and we're just about ready to head home to our island. I was DD last night, I did most of my job, except for taking the keys out of the van, doh! So here we are waiting for our mechanic with the slim jim. While were waiting lets go over whats been kickin with the swell. About a month ago we played our home town at sugar. The show was sold out and it was bangin!. It was great to see a lot of friends and familiar faces. We got to showcase some of our new tunes for our upcoming album, more on that later. Recently, Scotty and Davers had the honour of supporting Xavier Rudd with his only canadian date on a north american tour. I wasn't able to attend but I'm told it was a full house. The boys got to dip into their roots with some older material. Later on, the boys got to chill with the aussie and talk about life and our past tour with mutual friend Ash Grunwald in Australia.

Talking about tours, we're about to be heading out on our west coast tour. We're all excited to dip in to the states again. Scotty is really stoked on touring and surfing in cali. Im hoping to rent a bike in san fran and give'r. Since were on the topic of the states, Jon Middleton from Jon n Roy is in Maui with our good friend and awesome tour manager Jason Cross, make sure to check em out at Casanova's.

If we take a step back we did a tour into Ontario in March based around the Canadian Music Week. Our First night was in Montreal, and it was packed for a monday night. It was also the first night that we had support from Kim Churchill, and all I can say about that guy is WOW!! Tuesday night was Algonquin College, we had a great time, it was nice to chat up some of the fans. Wednesday night in Kingston was one of the most interesting nights we've had. Before we went on the power went out on the block. We had to rearrange our setlist and our instrumentation but it was great, a candle lit acoustic jam with yours truly playing on a suitcase for a bass drum. The packed audience was very respectful. You could have heard a pin drop. It was a cool and magical night. The next two nights we rocked out in toronto for the CMW, both nights were rad. The final stop of the tour was Paddy Flaherty's down in Sarnia. It's always a treat to play there, and people came out to party hard.>br>


Alright let's talk about the album. Everything is on track for our release date which is the fall. On our drive up we've been listening to mixes that have been fine tuned, it sounds killer! We are really excited to almost have everything completed. Hopefully we can share some tunes online before our cd release.

Well our tech has arrived with an assortment of cool gizmo's to get the job done and get us out of here. It's nice to be in the interior. We recently found out that we are going to be playing the world famous Salmon Arm Blues and Roots Festival.

Some great names that will be playing will be Taj Mahal, John Butler Trio and Broken Social Scene. That's all for now folks, stay tuned!